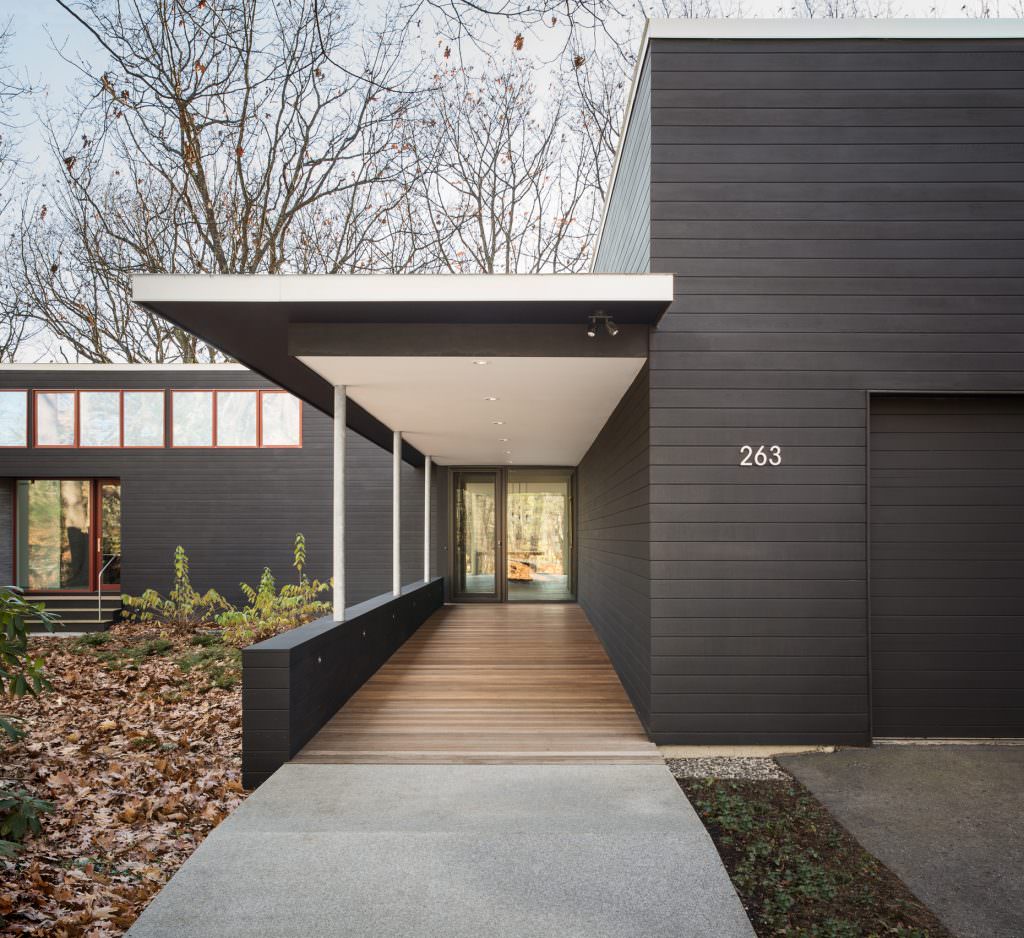 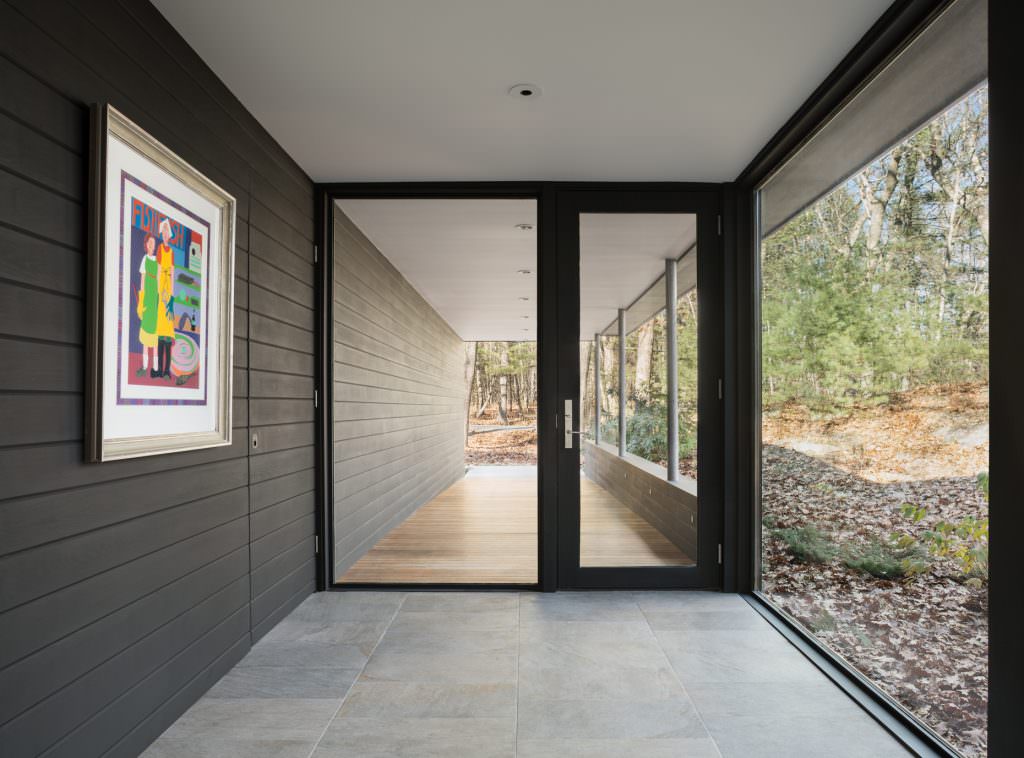 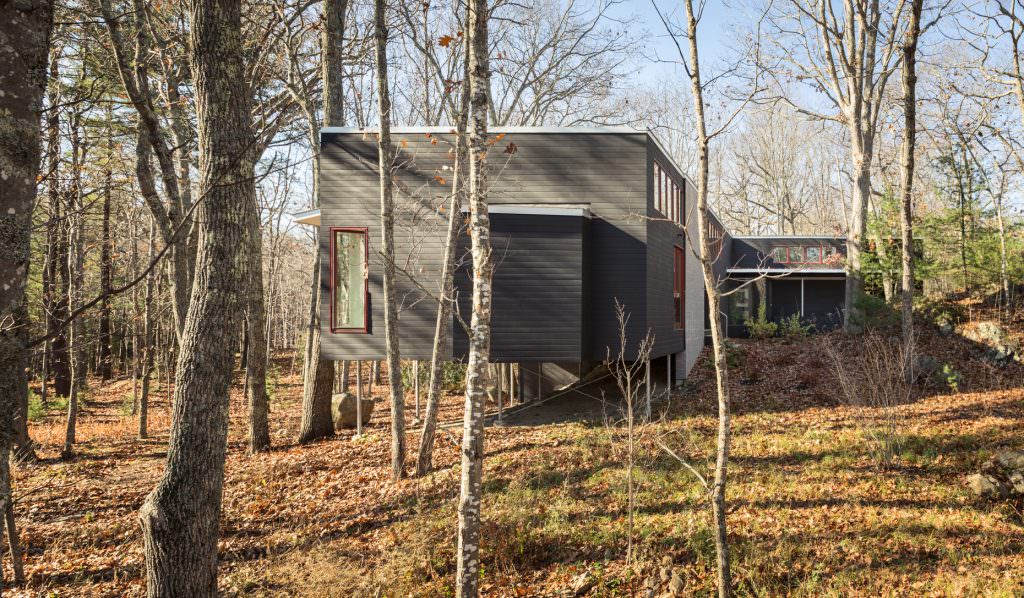 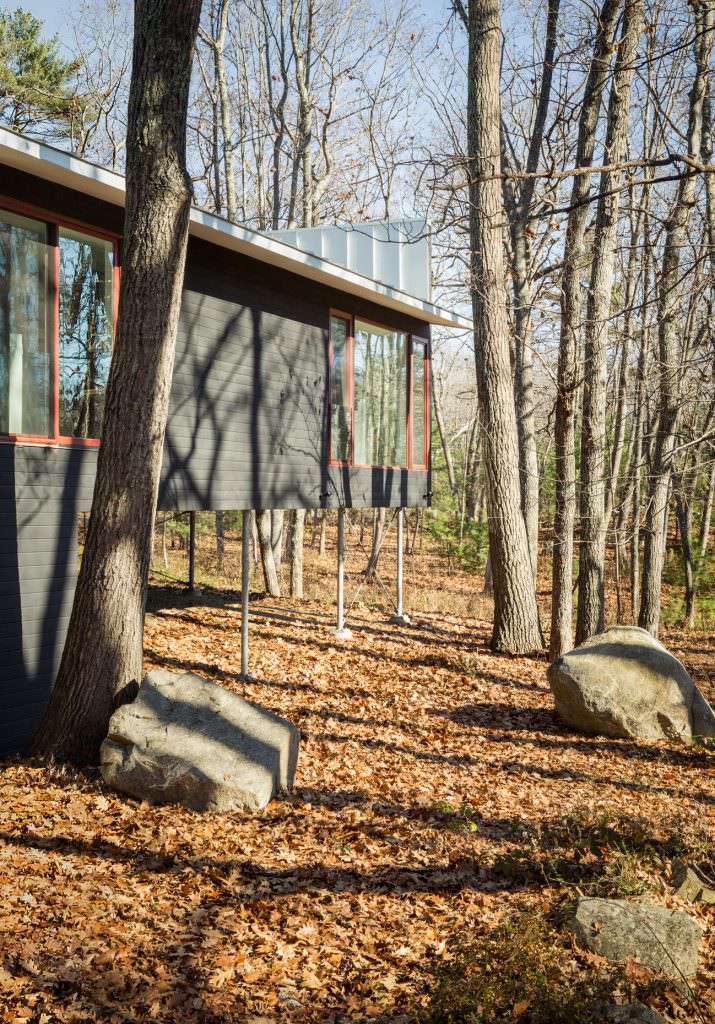 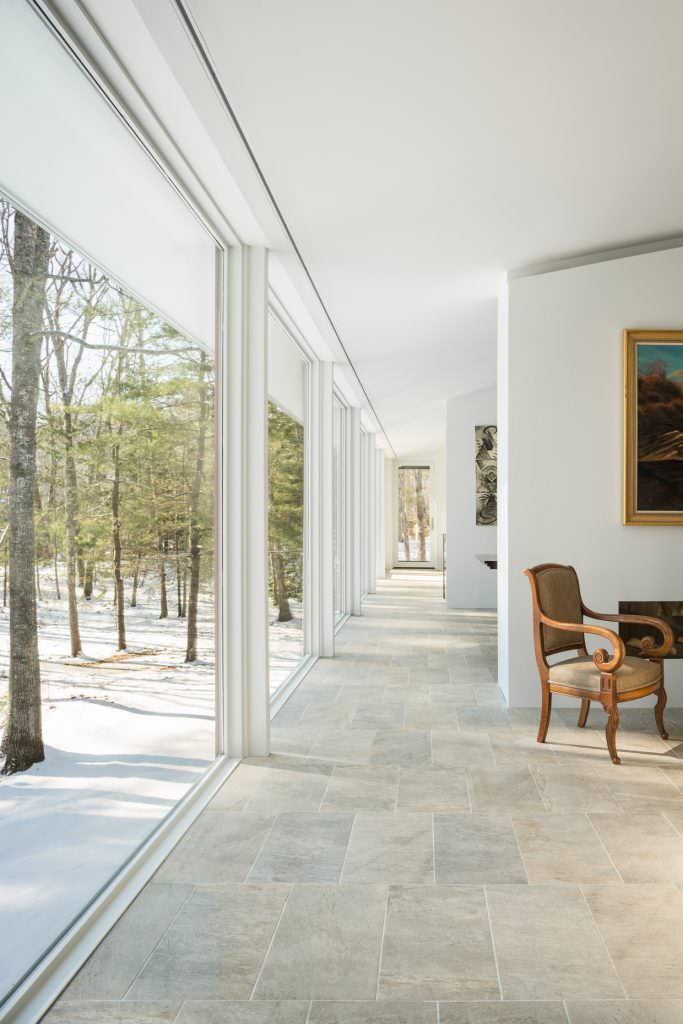 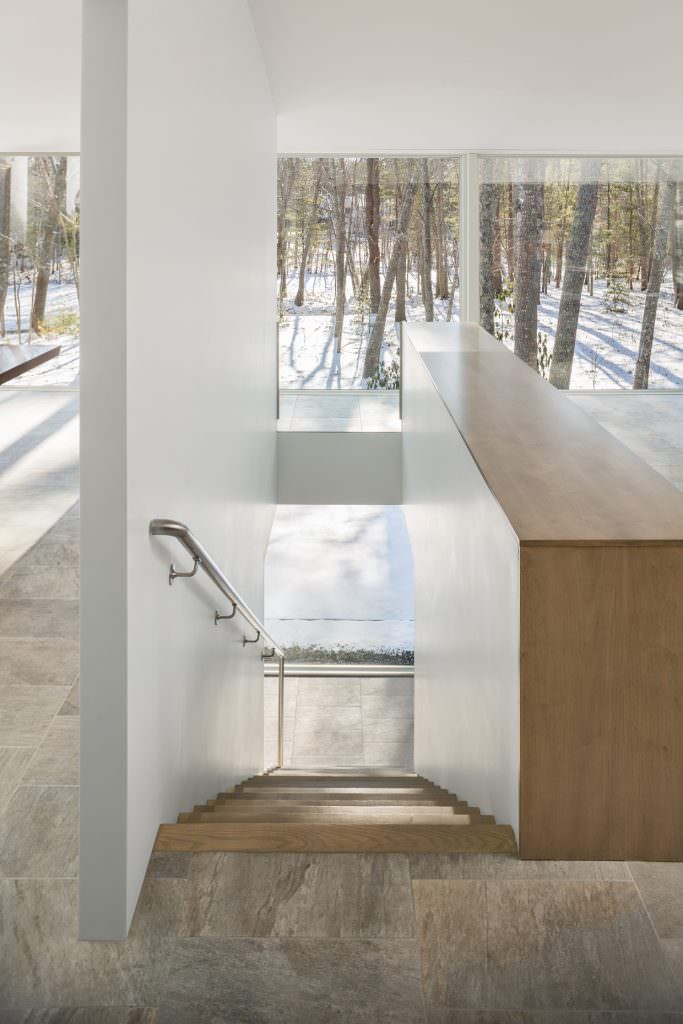 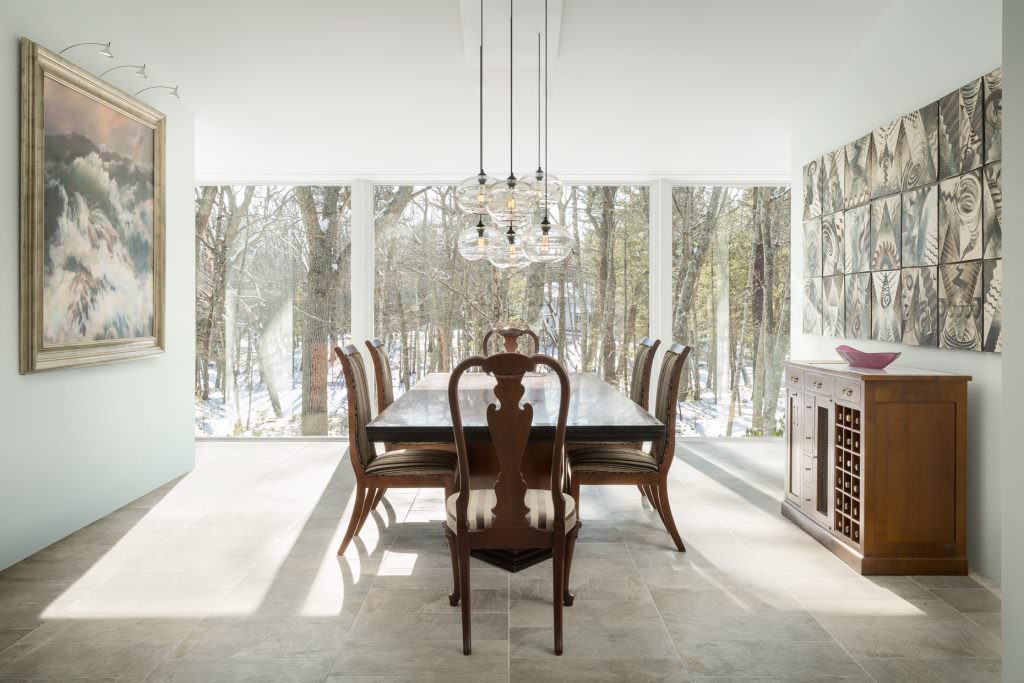 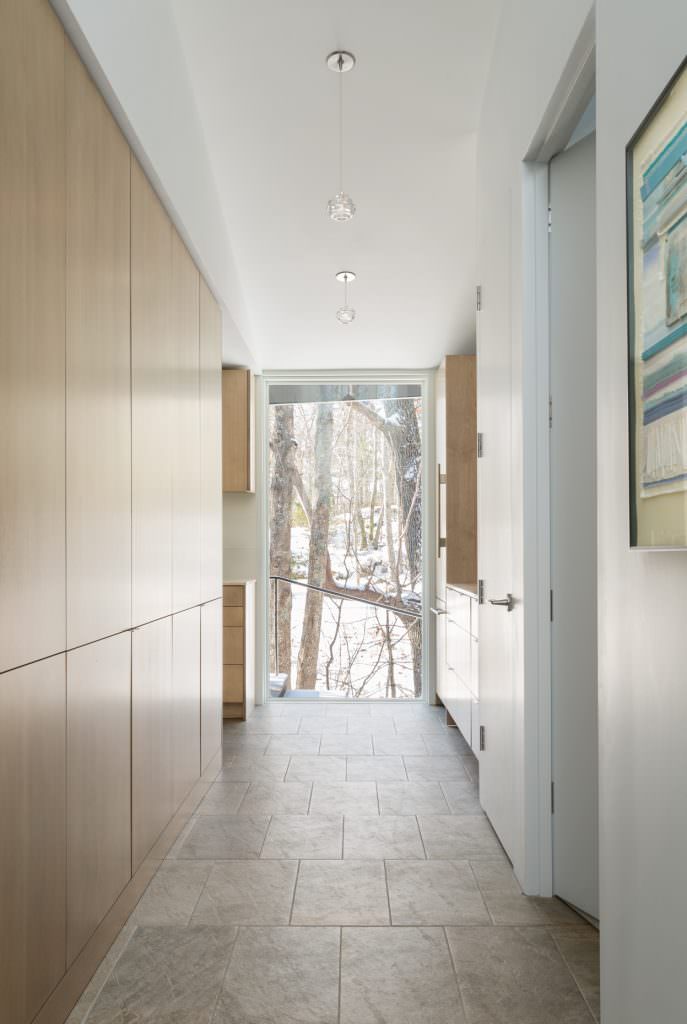 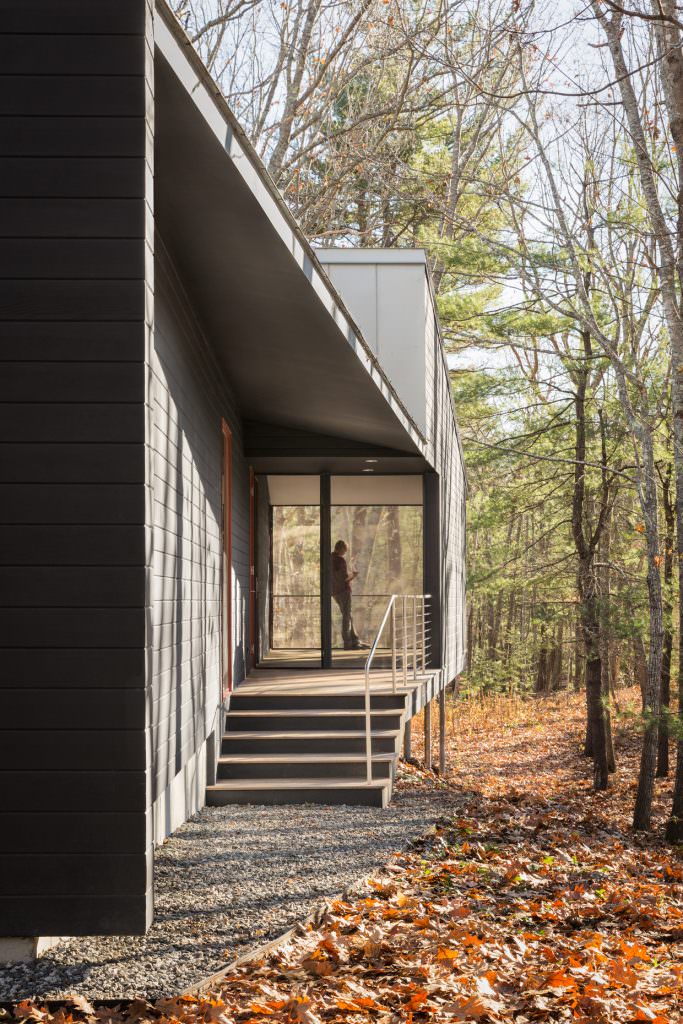 In an effort to recycle and reuse, the foundation of the earlier house was saved and the southern facade re-structured. Keeping the existing foundation avoided damage to several large oak trees that sit within feet of the house. The extension of the upper level is supported by slender columns on minimal footings. The site was essentially undisturbed except for the drilling of four wells for the geothermal heating and cooling system.

The program called for living on one level. With a gentle entry ramp from grade on the north, the ten-foot drop in elevation to the south affords birds eye views of the river, the woods and understory, and in spring the flooded riverbank.

From the street, the house is tucked behind a large outcropping of ledge. The entry canopy announces the doorway.

Operable glass doors run the full length of the south wall with a single interruption. Glass balks railings are barely visible. A three-foot overhang shades the southern glass in the summer months. With the glass wall open, one has the experience of living in a screened porch. A bona fide screened porch on the west with a carefully positioned solid wall for privacy from the neighbors provides sunset views of the river.