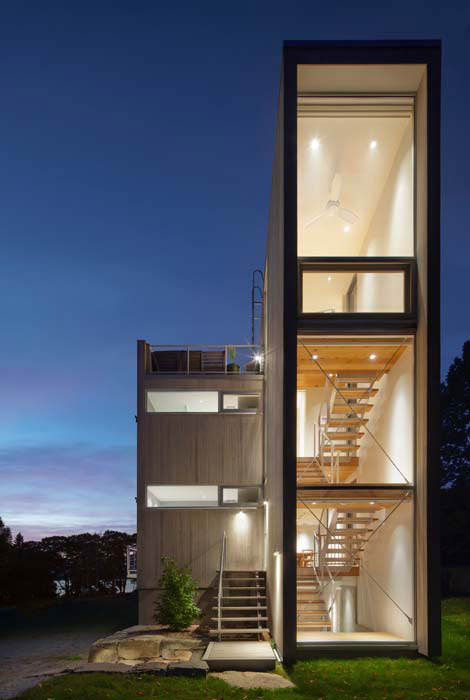 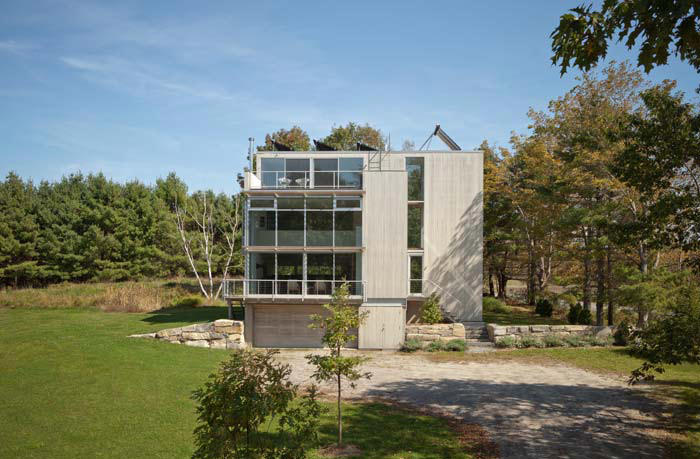 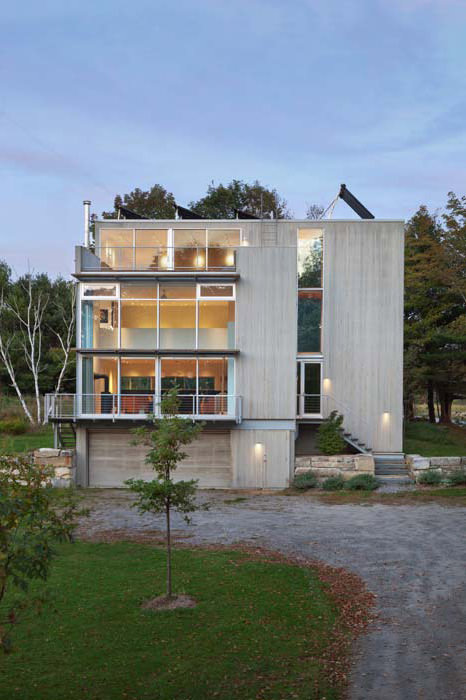 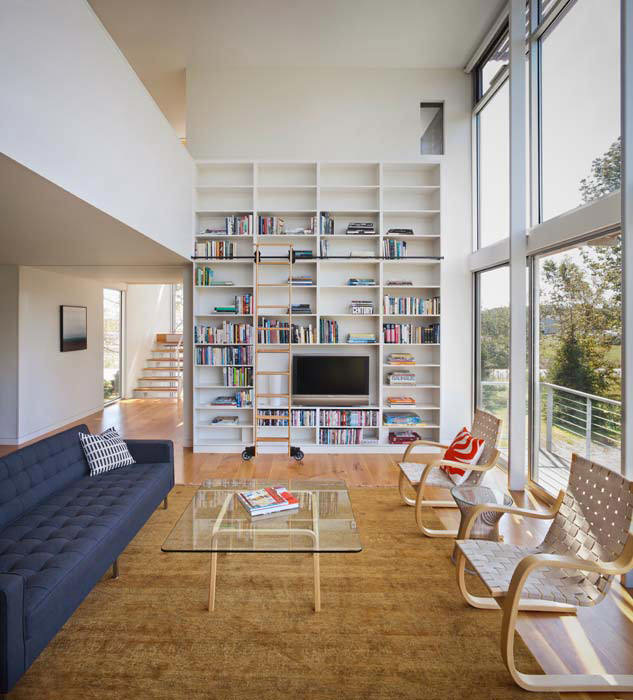 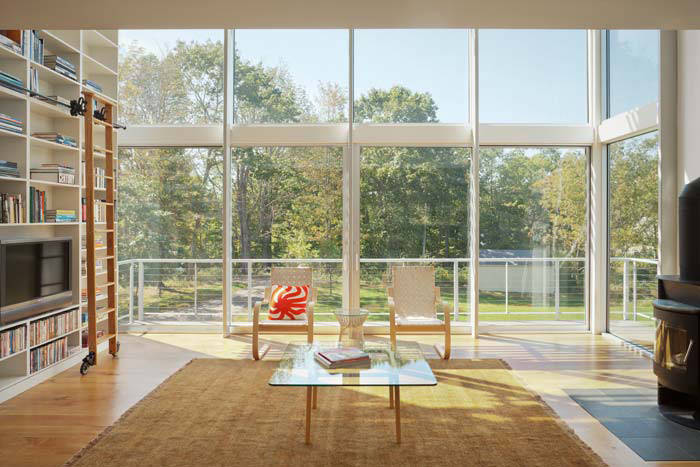 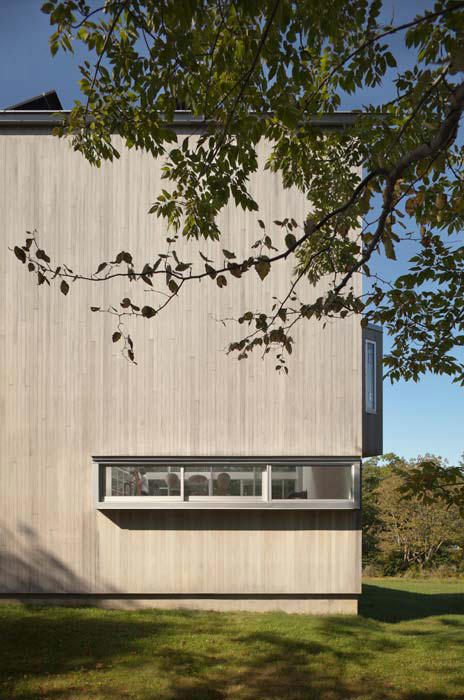 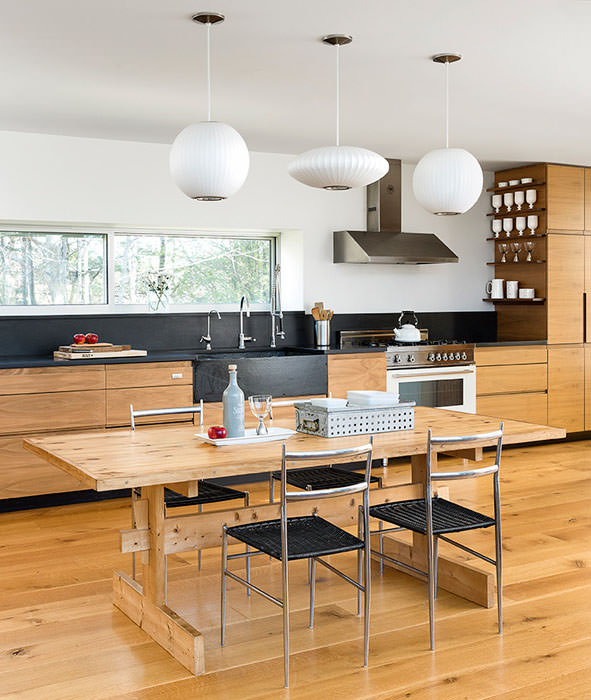 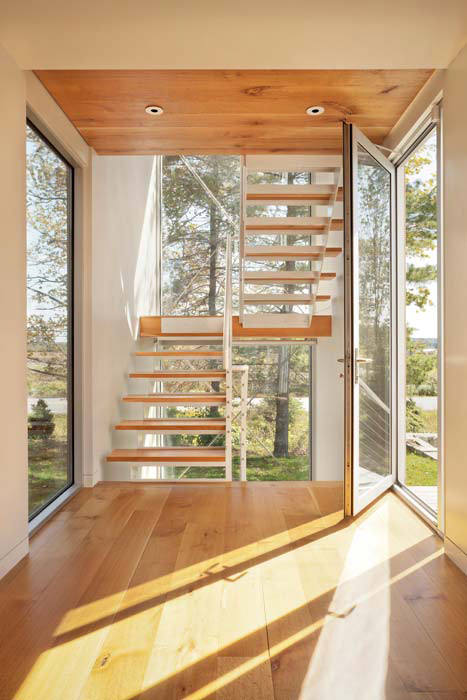 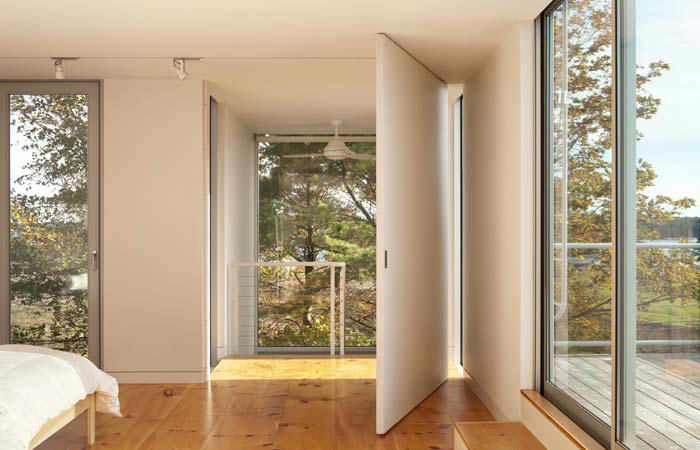 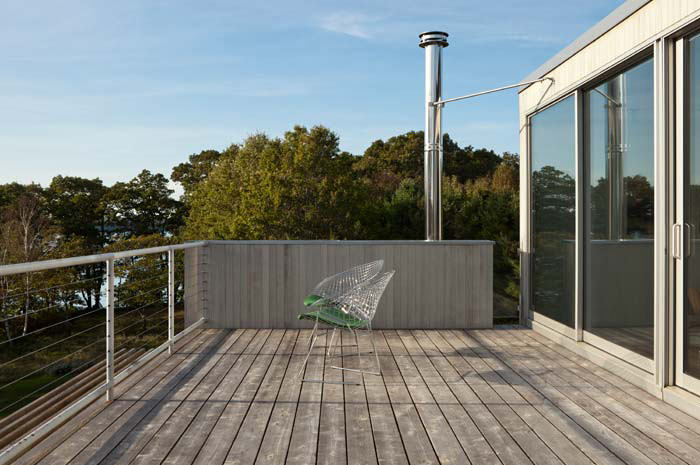 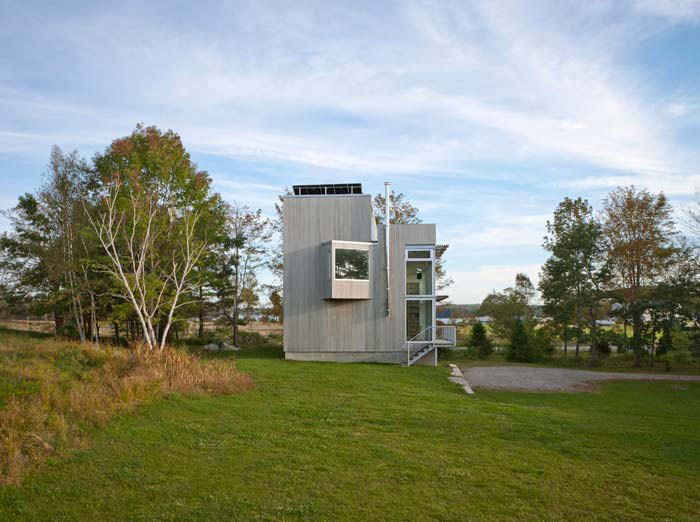 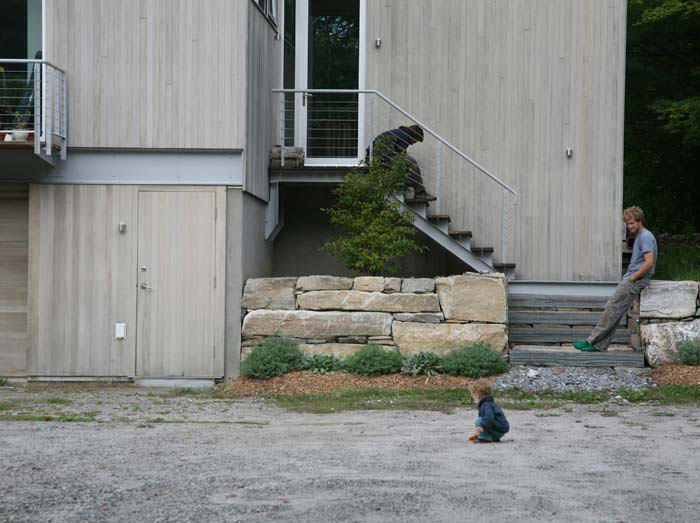 Halfway down Mere Point where the Neck is a stone’s-throw wide, the land gently slopes to the shoreline of Maquoit Bay, ending in a cliff to the sea.

Originally designed as a guesthouse and artist’s studio, this building, approximating a 28′ x 28′ x 28′ cube, was built on the foundation of an existing garage. The original brief included a future house closer to the water, but for the moment, the guest house/studio has become a primary residence. The ground level of the building remains a garage. The living space occupies three floors. The first level has a kitchen and dining space under a second floor loft, creating a two-story volume in the living space that makes the compact house feel much larger. In the loft, a bay window angles to the west focusing views to the water. On the third level, half of the plan is studio space and half is rooftop deck. The only addition to the existing footprint was an 8′ x 10′ stairwell that doubles as a sun tower, bringing southern light into all levels.