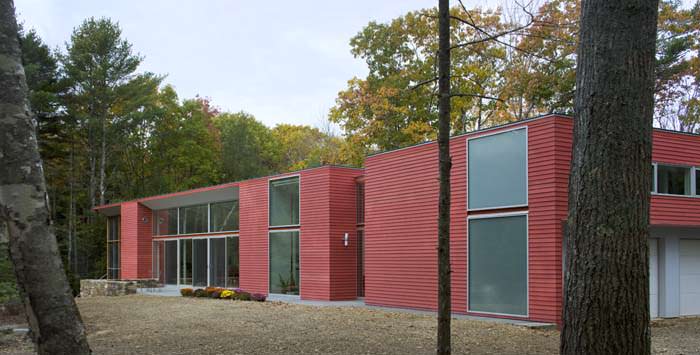 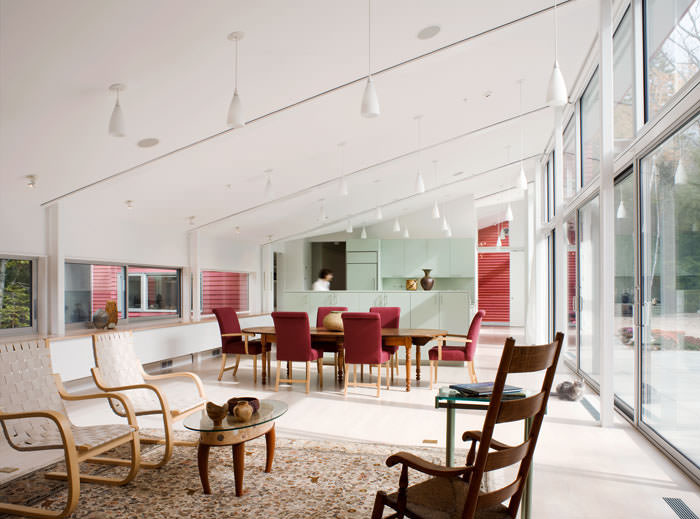 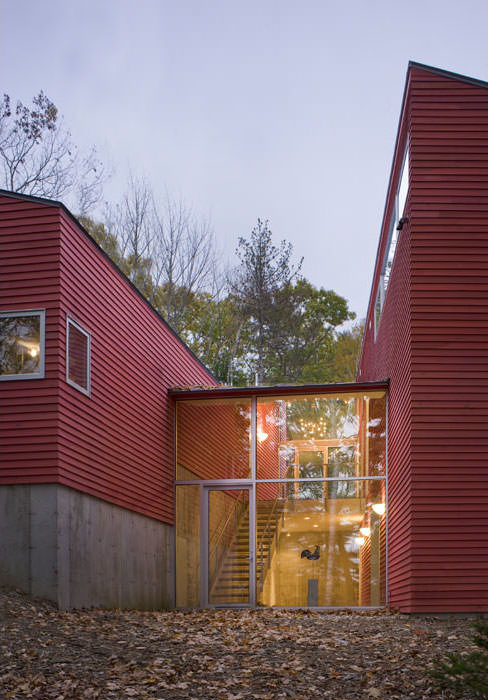 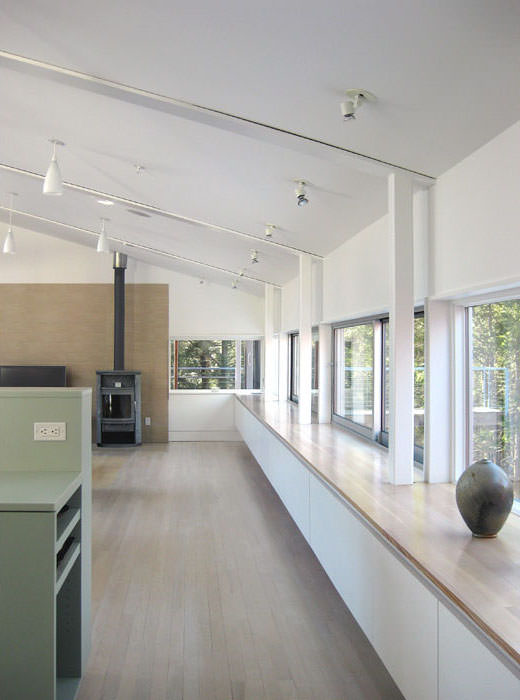 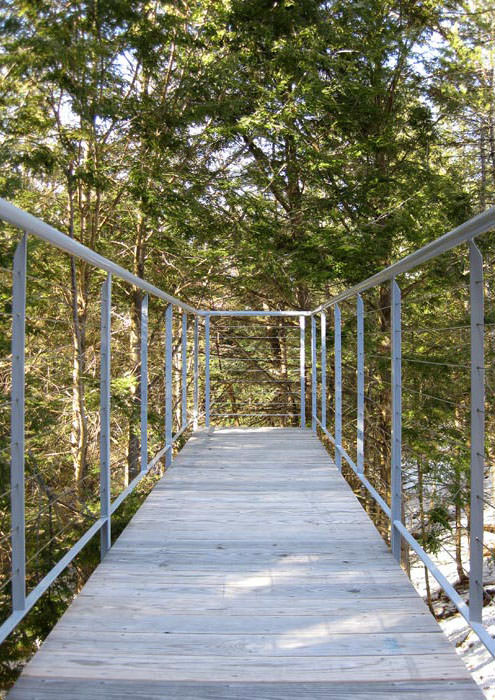 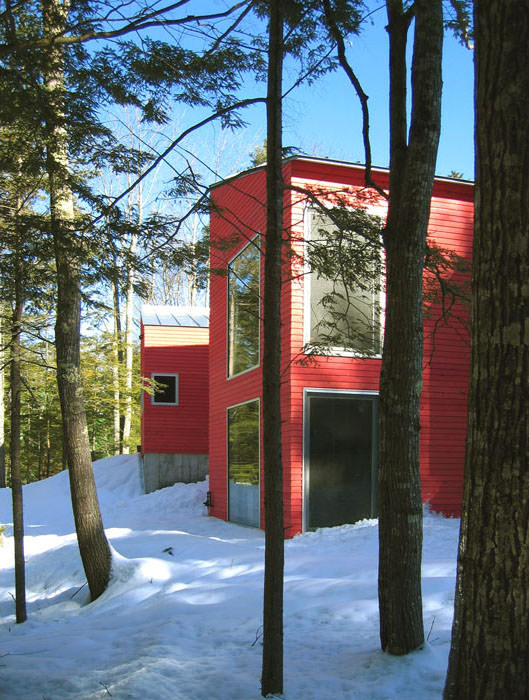 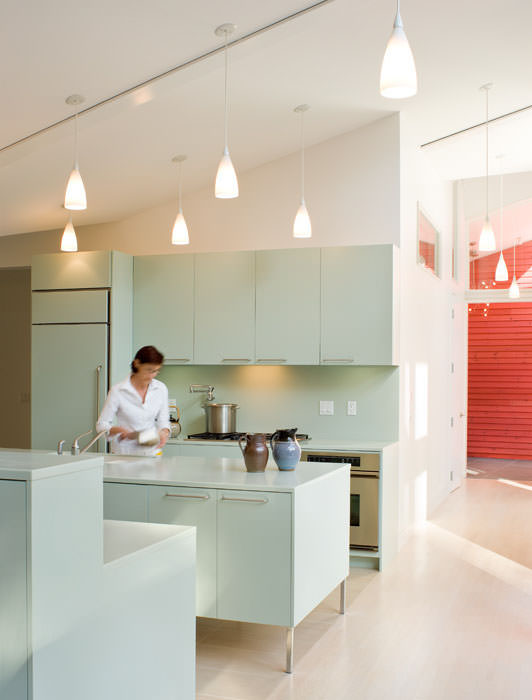 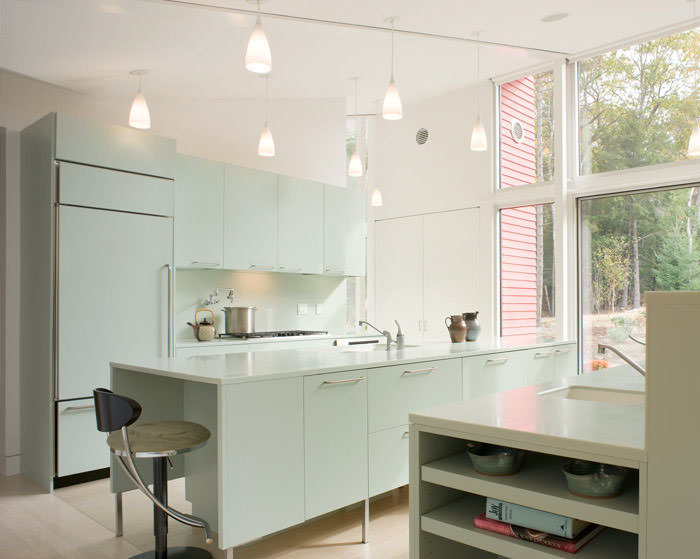 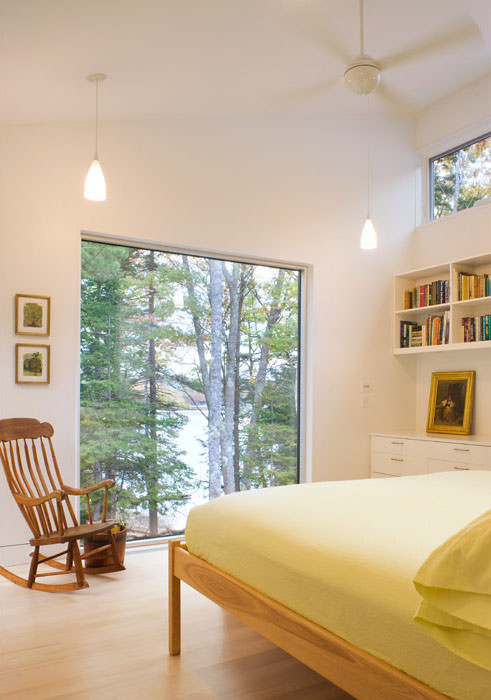 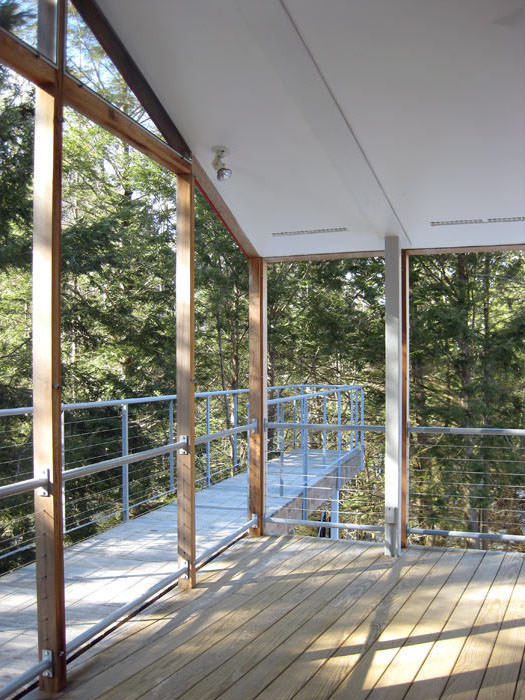 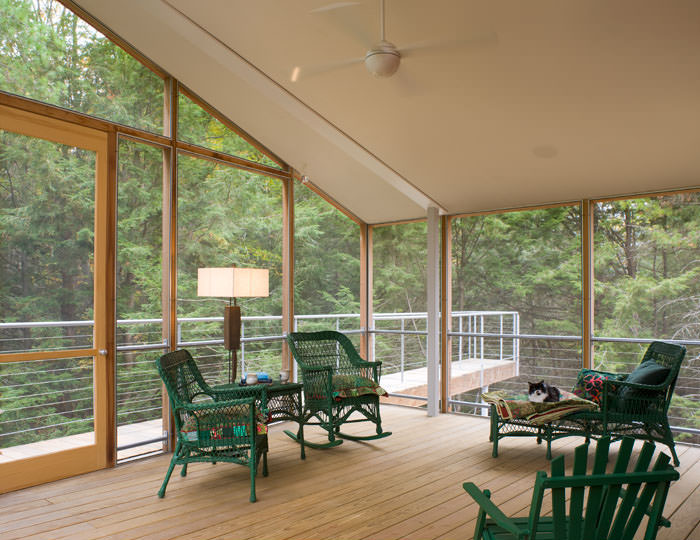 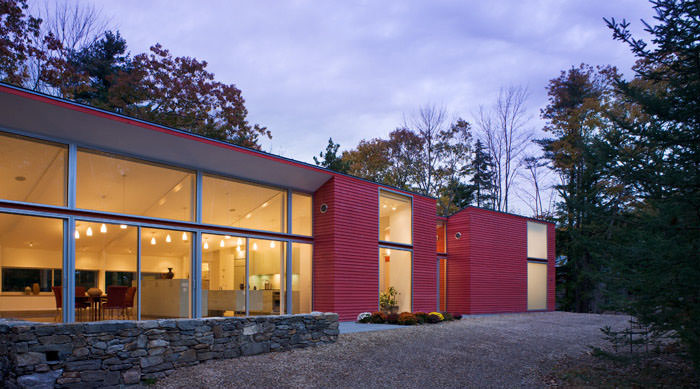 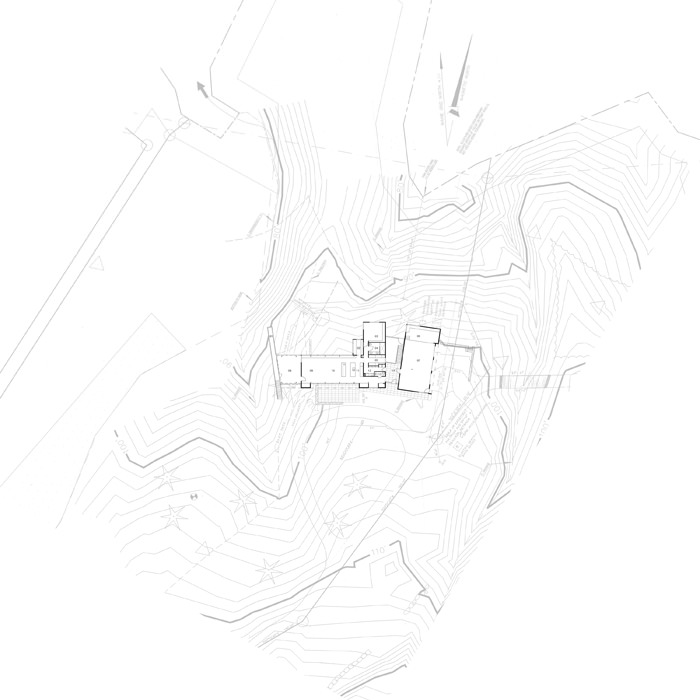 The site is four acres of land on Mill Cove where the New Meadows River meets Winnegance Bay. The Owners are New Englanders who lived in the south for thirty-five years. He is a tree geneticist who chose the land for the red pines, straight tall stately trees similar to the loblolly pines of the south. She is an artist, a weaver and a cook in need of a studio for her loom and a kitchen for her talents.

The site demanded windows on the north face to take advantage of the views of the water, contrary to the requirement of any house in Maine for vertical south facing glass to provide light and solar warmth. These conflicting desires were settled by facing the tall southern glass toward future gardens and by framing Mill Cove with a band of narrow horizontal windows. The color was the artist’s choice, a “cardinal in the woods” as she calls it.